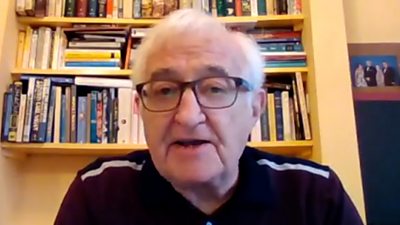 Covid was “completely underestimated” and not enough was done to prepare for a pandemic in the UK, one of Wales’ most senior doctors has said.

Prof Sir Mansel Aylward, the former chairman of Public Health Wales, said he was “to blame as much as anyone”.

Sir Mansel has spoken of struggling for months with physical and mental health issues after testing positive.

He also spoke about Covid’s impact on his community in Merthyr Tydfil – one of the worst-hit areas in Wales.

Sir Mansel, who was one of the first on the scene in the wake of the Aberfan disaster in 1966, said he had initially mistaken symptoms for asthma.