Fight Talk: Is Claressa Shields the greatest female boxer of all time? 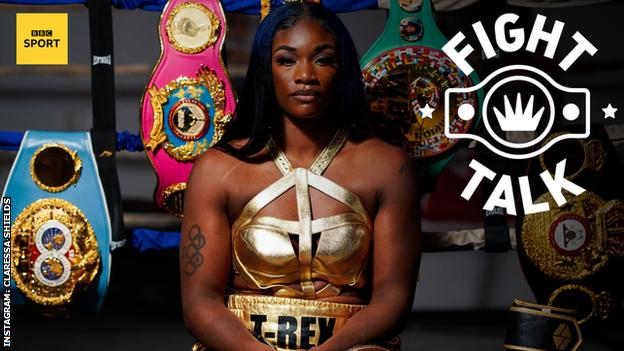 After capturing all the belts in two weight divisions, in this week’s Fight Talk we discuss whether American Claressa Shields is the greatest women’s boxer of all time or if she first needs to avenge her defeat against Briton Savannah Marshall.

We also find out how boxing fans reacted to a social media spat between former Love Island star Tommy Fury and YouTuber-turned-boxer Jake Paul, Dillian Whyte has a little pop at heavyweight rival Andy Ruiz Jr and Oleksandr Usyk treats us to some of his unorthodox training methods.

The 25-year-old American moved to 11 straight wins as a professional when she outpointed Canada’s Marie-Eve Dicaire in Flint, Michigan, on Saturday.

It was an historic night for women’s boxing – on the weekend preceding International Women’s Day – with an all-female card.

It was also also the first time a women’s bout headlined a pay-per-view card since Laila Ali and Jacqui Frazier-Lyde – the daughters of Muhammad Ali and Joe Frazier – fought in New York in 2001.

And Shields not only does the business in the ring, the self-proclaimed ‘Greatest Woman of All Time’ (GWOAT) is a master of self-promotion.

Speaking before her win, she claimed to be the second best fighter of all time.

“Muhammad Ali is first and Claressa Shields is second,” she said.

Having outclassed Dicaire, Shields became the first fighter to hold all four world titles in two separate divisions, and she went on Twitter to reaffirm her belief that she is the GWOAT …

For all her achievements and accolades, there is one wrong which Shields is desperate to put right.

In 2012 she lost to Briton Savannah Marshall – the current undefeated WBO middleweight champion – at the World Amateur Championships.

It remains the only blemish on Shields’ fighting record and straight after her win on Saturday she called on the services of Matchroom Boxing promoter Eddie Hearn to finance the fight with Marshall.

For some boxing fans, Shields must avenge that defeat to be able to truly call herself the greatest, while others think she’s already cemented her legacy…

There is also some debate as to whether Shields’ achievements trump that of Ireland’s Katie Taylor, a 2012 Olympic gold medallist and current unified lightweight champion…

Could Taylor and Shields face each other in what would undoubtedly be the biggest women’s fight of all time?

Taylor, undefeated in 17 professional fights, has competed in a weight class two divisions lower than Shields but the super fight is not out of the realms of possibility, according to Shields’ promoter.

“Katie is a very good fighter for whom I have a lot of respect for inside and outside the ring,” Dmitriy Salita told Sky Sports.

“The ball is in her court if she wants to do it.”

For Shields, however, her focus for now is on something completely different.

Having conquered the world of boxing, she is looking to swap the ring for a cage as she plans to make her mixed martial arts debut in June.

Fury – the cousin of WBC heavyweight champion Tyson – won his fifth straight professional fight in a second-round knockout against an overmatched Scott Williams on 27 February.

Well, this week Fury was involved in a social media back and forth with YouTuber-turned-boxer Jake Paul after the American called him “a little kid”…

Fury’s promoter Frank Warren did little to distance himself from a potential Paul-Fury fight.

You can probably guess how boxing fans reacted…

In the heavyweights, Mexico’s former world champion Andy Ruiz Jr – who shocked the world when he beat Briton Anthony Joshua in June 2019, before losing the rematch six months later – is looking in good shape as he prepares for his next fight. 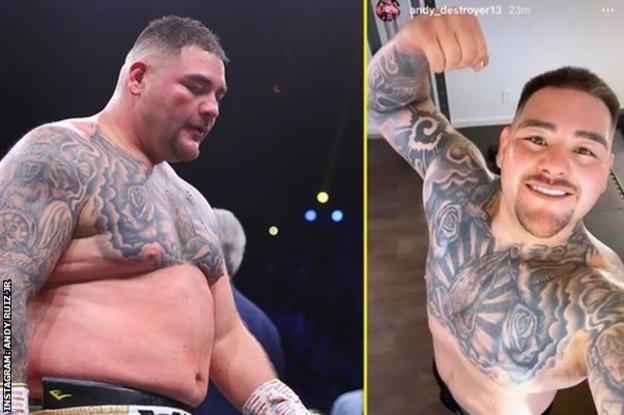 While Ruiz Jr’s return is a welcome reintroduction to a strong heavyweight division, Britain’s Dillian Whyte couldn’t help but taunt his rival. 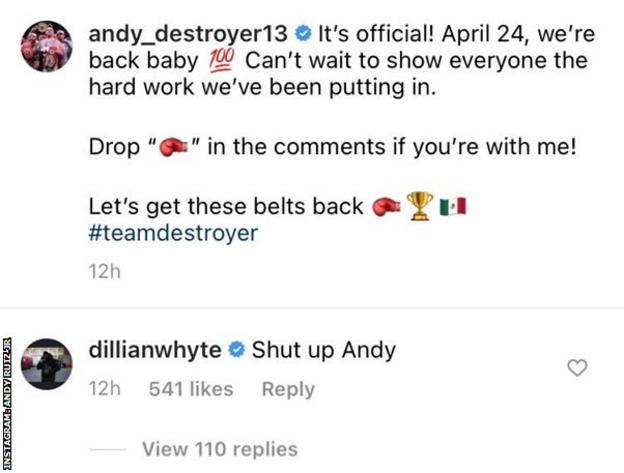 Whyte was seemingly returning the not-so-kind gesture after Ruiz Jr mocked him for his knockout loss to Russia’s Alexander Povetkin in August.

Should Whyte beat Povetkin in their rematch on 27 March, and Ruiz wins his fight next month, there is a strong possibility the two could settle their feud in the ring.

It would be worth it for the build-up alone.

Usyk in two v one battle

For some, finding the right sparring partner amid a global pandemic has proven to be difficult. But Usyk has the answer – fight two blokes at once…

Holyrood bills to be challenged by UK government