US bombers deployed to Arctic skies from Norway base 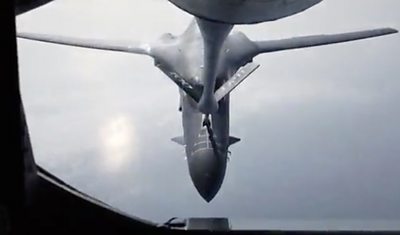 The US has deployed long range bombers to Norway for the first time. Four B1 bombers will be operating out of Orland Air Base over the next few weeks.

It’s being seen as a message to Moscow that the US is ready to defend its allies in the strategically contested Arctic region, which is rich in oil and gas. Under international law the North Pole and the ocean surrounding it are not owned by any country.

BBC Defence Correspondent Jonathan Beale reports from on board a US refuelling plane.